According to [LAN93] impulse forming or high velocity forming includes all processes converting stored energy in order to form workpieces in a very short time. In [Bru68] high velocity forming is defined more precisely as “any process which operates at forming speeds of more than 50 ft/s” (approx. 15 m/s). Typical strain rates during impulse forming are in the range of 10^2 to 10^4 and the mere forming duration is usually in the range of microseconds or milliseconds. To achieve such high velocities three typical energy sources are being used. These are:

Electrohydraulic forming, the hydropunch process, propellant forming and some variants of explosive forming can be grouped as high rate hydroforming processes. 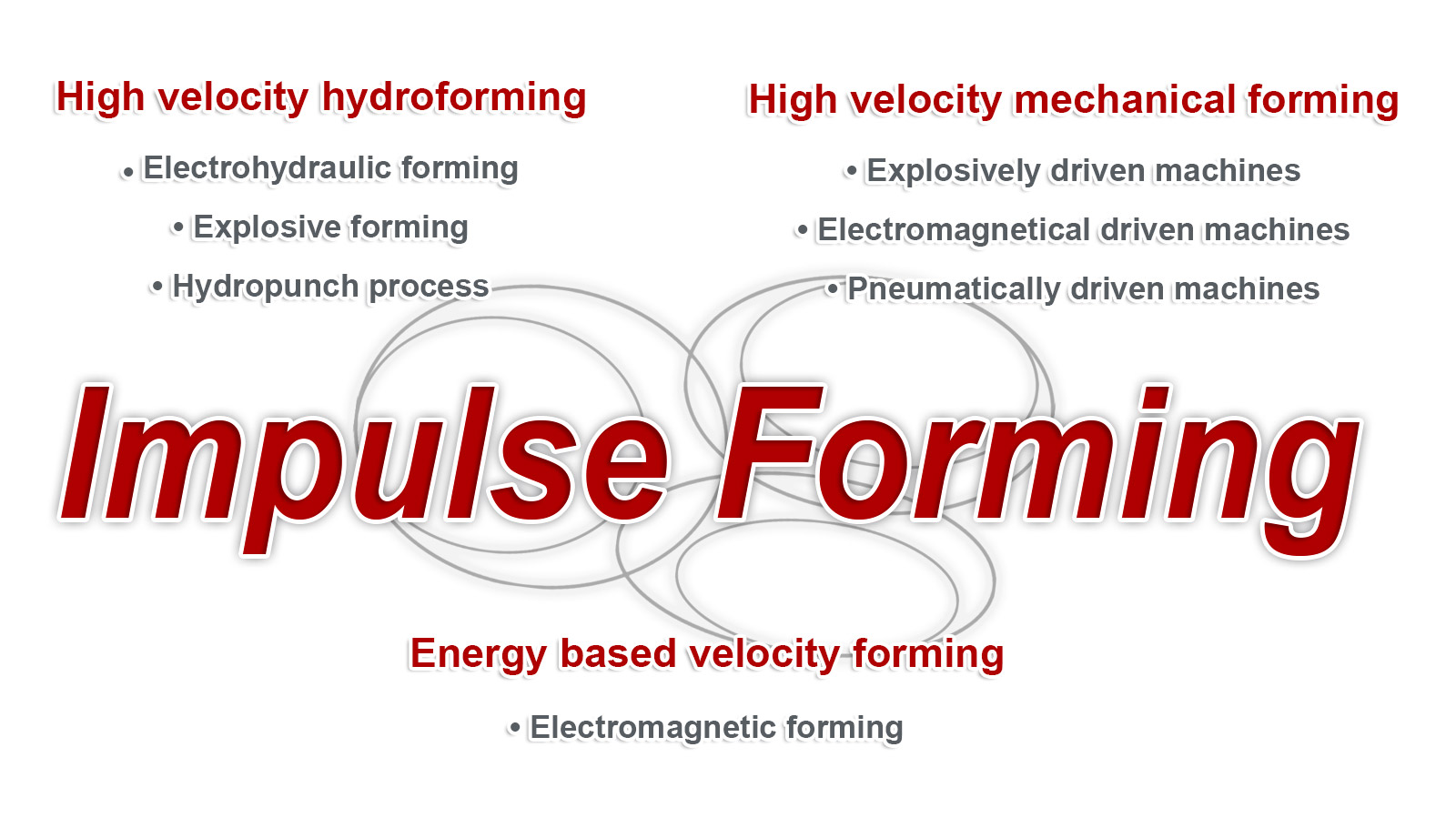 Advantages and Disadvantages of Impulse Forming

On the other hand, typical disadvantages are